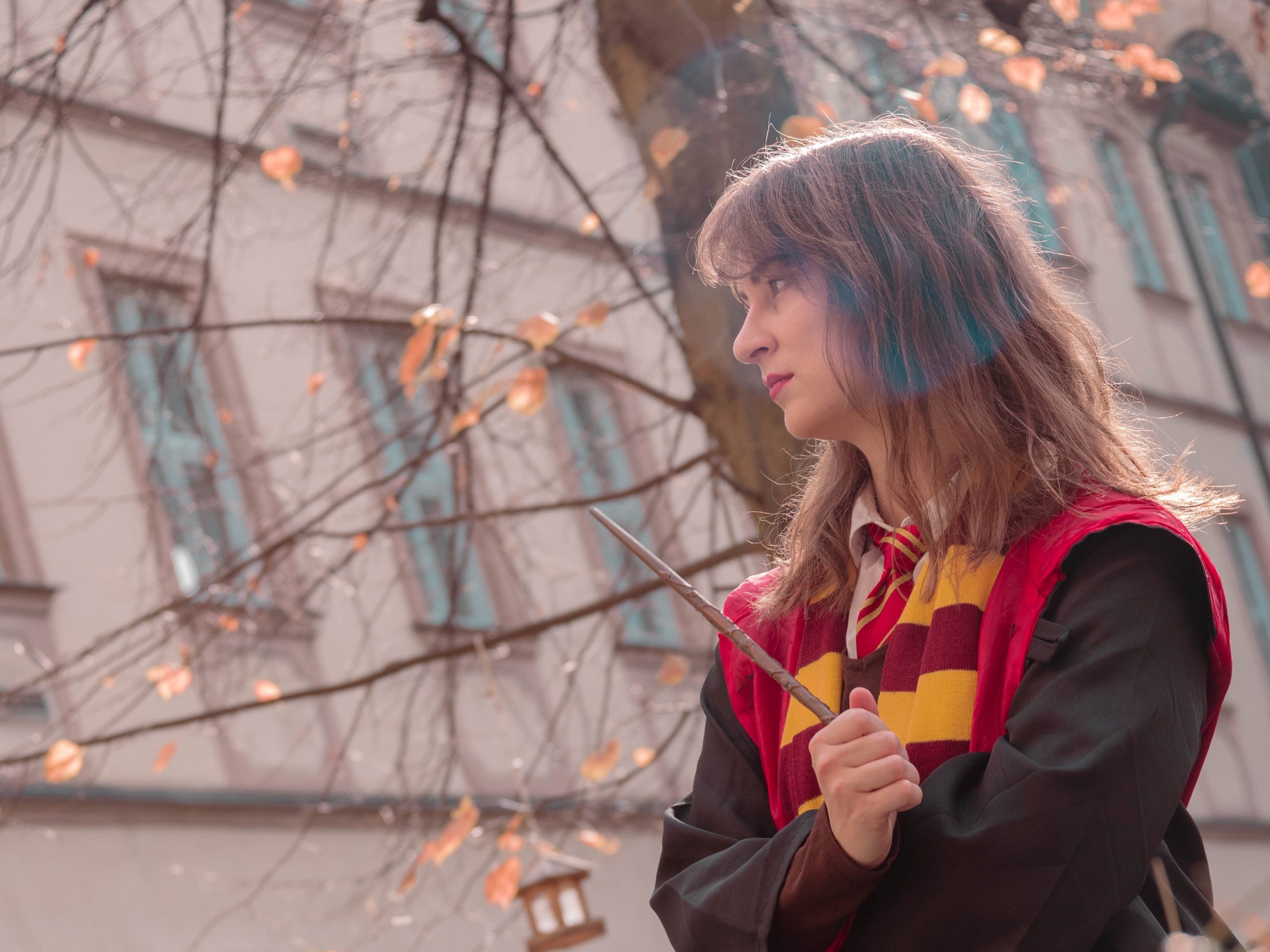 Bamberg in Bavaria is definitely one of the prettiest towns in Germany. And as such, it offers many stunning locations for cosplay photoshooting in a historic setting. So I simply had to do a Hermione Granger cosplay photoshoot. Because some sights reminded me of Hogwarts and, as a professional photographer local to Bamberg, I couldn’t pass on this opportunity.

It comes to no surprise that many an international and domestic film and series were shot here. The most recent one is the Netflix series Die Kaiserin (The Empress) about the Austrian empress Sisi.

Fun fact: I actually applied to be an extra in the series, but sadly the shooting days clashed with my timetable and I didn’t get in.

Some shooting locations you may recognise are:

If you want to travel to Bamberg, you can read up on some of my local travel tips on my Bamberg travel blog.

The photoshoot took multiple hours and we changed locations four times as there are so many gorgeous places in Bamberg that suited the shoot.

Next time, I wouldn’t do my Harry Potter cosplay (or any other for that matter) on a sunny weekend, however.

As soon as we set up in a quiet corner, suddenly throngs of tourists came walking by and, of course, also stopped to stare and comment. Over the years, I have grown rather unaffected by this, especially when I’m behind the camera.

For the perfect angle, I will literally lie on the floor or scale a wall to get that shot I have in my mind.

But being in front of the camera AND directing the shoot made me a bit more conscious of all that in the periphery of my eye. At the end of the day, it doersn’T matter however. People move on and I go back to focusing on the photoshoot at hand.

The historic yard of the former Jesuit College
fit the Hogwarts theme so well.

I am a cosplayer myself but I also tremendously enjoy doing cosplay photoshoots for others as well.

The sheer joy of stepping into costume and being in a character’s shoes for a moment pales only to seeing the fully edited photos with that extra little bit of wow (ie some special effects to support the magical world building through photography).

People who have never cosplayed often don’t ‘get it’. It’s just another photo. In an outfit. But oh no, it’s so much more than that. Essentially, it’s just letting your Inner Child roam free and manifest their imagination at play.

And that to me is the power of a professional photoshoot, costume or not. You are telling a story in a frame. You highlight certain traits and features. You can direct the viewer’s attention.

Whether you want to embody a powerful business woman or please your inner nerd doesn’t matter. But SEEING yourself the way you wanted to FEEL is an extremely invigorating experience. And a professional photographer can really help bring this out. That’s why I love my job.

Should you know any cosplayers in Bamberg and the surrounding area, send them my way. I’m always looking for new creative connections and fun projects.

And if you want to have your own empowering photoshoot in Bavaria or commission photography for your business, get in touch.

Hi! I’m Annemarie, a photographer in Bamberg and this is a self portrait session I did with Australian flowers. You can book my services.

Hi! I’m Annemarie, a local photographer in Bamberg. And even outside of Oktoberfest season, traditional BAvarian wear is worth a proper dirndl photoshooting!

Hi! I’m Annemarie, a photographer based in Bamberg, Germany. To celebrate the season, I brought an autumnal forest portrait photoshoot into my studio. You can book me too!

Hi! I’m Annemarie, a photographer based in Bamberg, Germany. And I love creative portrait shoots. Here’s a vibrant fairy photoshoot project. You can book me too!